04 de marzo de 2019
dailymail.co.uk
Kourtney Kardashian was spotted out with her son Reign in Los Angeles on Saturday.

The 39-year-old reality star cut a casual figure in black jacket and white pants as she held hands with her four-year-old son.

The outing comes amid the family drama of sister Khloe blaming her current cheating scandal on love rat Tristan Thompson.

Daring to impress, Kourtney looked every inch the doting mom as she led her son into a pottery painting class called Color Me Mine.

Kourtney was recently seen out with ex Younes Bendjima, 25.

The former couple shocked fans when they reportedly split in early August.

Trouble seemed to brew after their trip to Italy when she posted a photo of her bottom. He posted a comment which read: 'Is that what you need to show to get likes?' 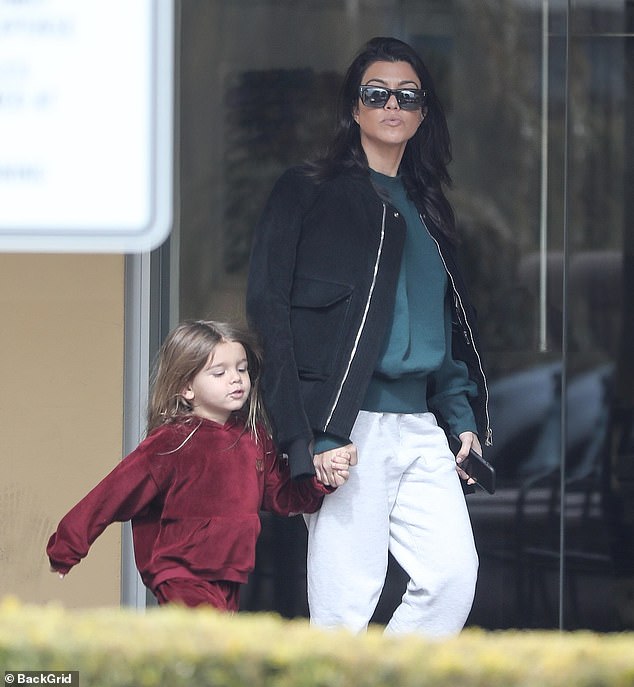 He later deleted the comments.

The racy picture was taken while they were travelling around Europe together with Kourtney's children Mason, eight, Penelope, six, and Reign.

The pair started dating in October 2016 but they didn't make their relationship public until the following May out of respect for Kourtney's ex-boyfriend Scott Disick, whom she shares children Mason, eight, Penelope, six, and Reign.

Meanwhile, Kourtney has been supporting her sister Khloe after news broke that she split with love rat Tristan Thompson after he kissed another woman.

The Hollywood Unlocked reported last week that Kylie Jenner's best friend Jordyn Woods was spotted getting cozy with Tristan at a house party. 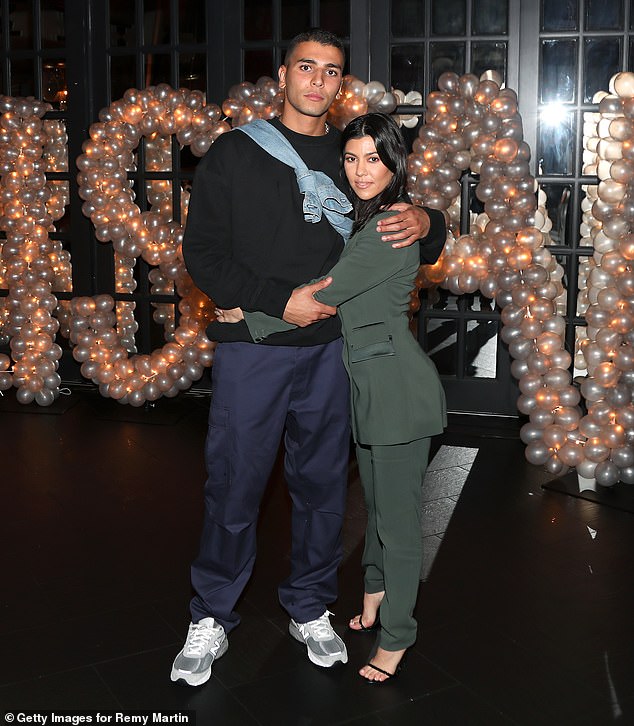 Jordyn later admitting on Jada Pinkett Smith's Red Table Talks that he had kissed her, but the situation wasn't passionate, 'No tongue kiss, no making out.'

Earlier in the day, Khloe tweeted her frustration surrounding the latest cheating allegations against her love-rat ex-boyfriend Tristan Thompson.

'This has been an awful week & I know everyone is sick of hearing about it all (as am I). Iâm a rollercoaster of emotions & have said things I shouldnât have. Honestly, Tristan cheating on me & humiliating me, wasnât such a shock as the first time,' she wrote to her 27 million followers. 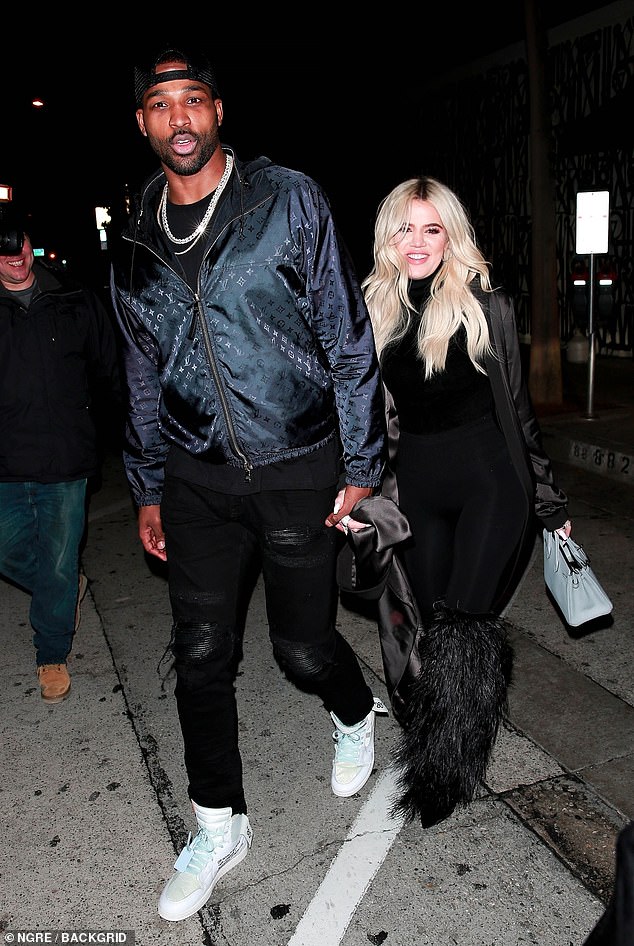 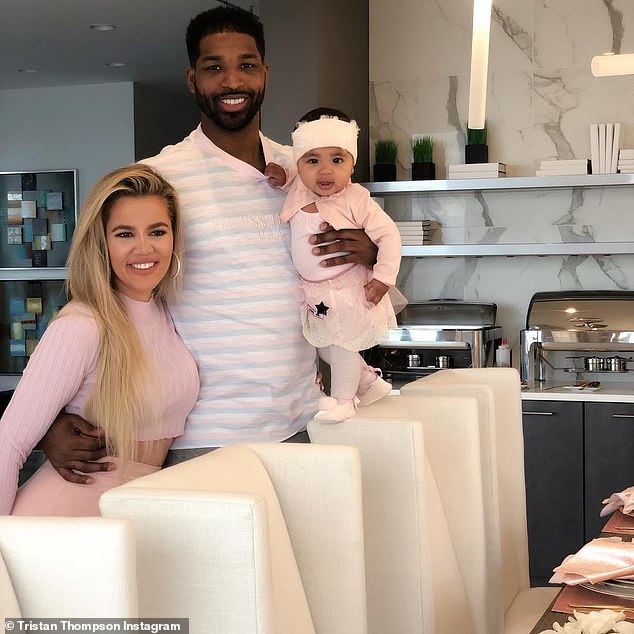 'Whatâs been harder & more painful is being hurt by someone so close to me. Someone whom I love & treat like a little sister. But Jordyn is not to be blamed for the breakup of my family. This was Tristanâs fault.'

Taking a step back from her very public pain, Khloe wrote, 'I have to move on with my life & count my blessings, my family, my health, & my beautiful baby True.'

DailyMail.com broke the news in April that the Cleveland Cavaliers power forward was spotted kissing a mystery woman (who was later identified as model Lani Blair) just days before Khloe gave birth to their baby girl.