The stunt also featured a sermon from Joel Osteen.

09 de septiembre de 2020
foxnews.com
Kanye West added a performance art element to his most recent Sunday Service gathering in which he, his kids and his choir walked on water.

The 43-year-old rapper, mogul and presidential candidate reportedly set out to recreate the Bible story in which Jesus Christ and his disciple Peter walked on water. Having positioned a platform just under the surface of a nearby pond, West walked across with his 7-year-old daughter, North, and 4-year-old son, Saint, by his side.

His wife, Kim Kardashian-West, was also there but sat on the sidelines and filmed her husband and kids as well as his choir singing while seemingly standing in the middle of the pond on the waterâs surface. According to Entertainment Tonight, West held both a sunrise and sunset service this week, saving the stunt for the latter.

In addition to West and his choir, which performed his song âUltralight Beam,â Lakewood Church senior pastor and televangelist Joel Osteen was on hand to give a sermon during Sundayâs gathering. According to ET, other celebrities that made up the 150 attendees included La La Anthony, Monica Denise and 2 Chainz. Despite the large gathering, the event was said to have been in compliance with COVID-19 safety protocols.

Go to my IG stories to watch all Sunday Service videos from tonight ???????????? pic.twitter.com/a6eC5uV8gy

Kardashian-West took to Twitter later in the day to share videos of the visual stunt. This isnât the first time since their marital woes became public that she has publicly supported his Sunday Service gatherings. The âKeeping Up With The Kardashiansâ star attended Westâs gathering earlier this month in Wyoming. Kardashian-West, 39, also broadcast a few songs on her Twitter, which she indicated was new music from the choir.

The videos came a month after West went on a tweetstorm alleging that heâd been trying to divorce Kardashian-West since 2018. West later gave a public apology to his wife for discussing their relationship issues over social media. 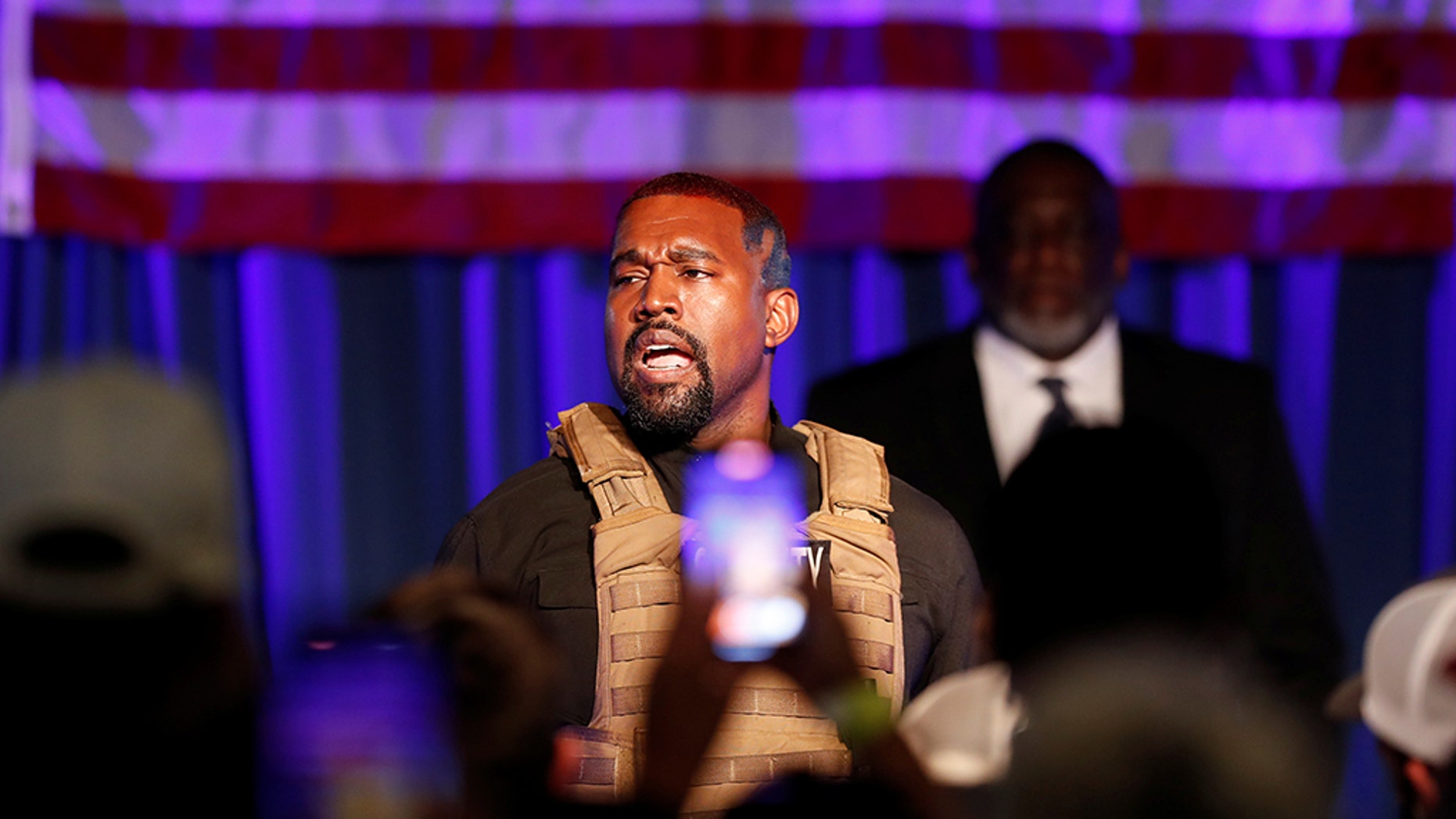 "I would like to apologize to my wife Kim for going public with something that was a private matter. I did not cover her like she has covered me.to [sic] Kim I want to say I know I hurt you. Please forgive me. Thank you for always being there for me," the presidential hopeful wrote on Twitter at the time.

KFC in Paris honors Kim Kardashian, Kanye West visit with plaque on kiosk they ordered from