All tied up: Kourtney Kardashian puts on an eye-popping display in a racy latex outfit

Kourtney Kardashian has been leaning into her new edgier persona since she began dating rockstar beau Travis Barker.

On Friday the 42-year-old reality star shared a series of Instagram photos in a very racy latex outfit, while joking she was "all tied up with Poosh zooms."

Kourtney put on an eye-popping display in the cleavage-baring look as she kneeled on the floor of her bedroom, and naturally the post garnered a "like" from the Blink-182 drummer. Kourtney utilized a double entendre in her caption as she nodded to her lace up latex pants which exposed hints of her toned legs. And she continued to really commit to the edgy look as she paired them with a latex corset which exposed a generous amount of cleavage. The raven haired beauty wore her tresses straight and showed off a light smokey eye before a night out. She seductively pursed her lips for the camera in the snaps and worked her angles, as she rested her hands on her hips and arched her back. 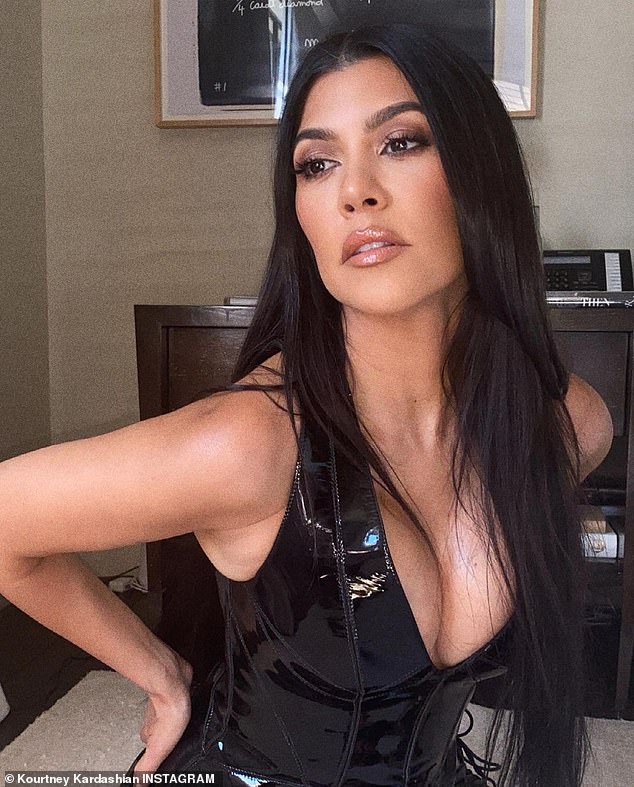 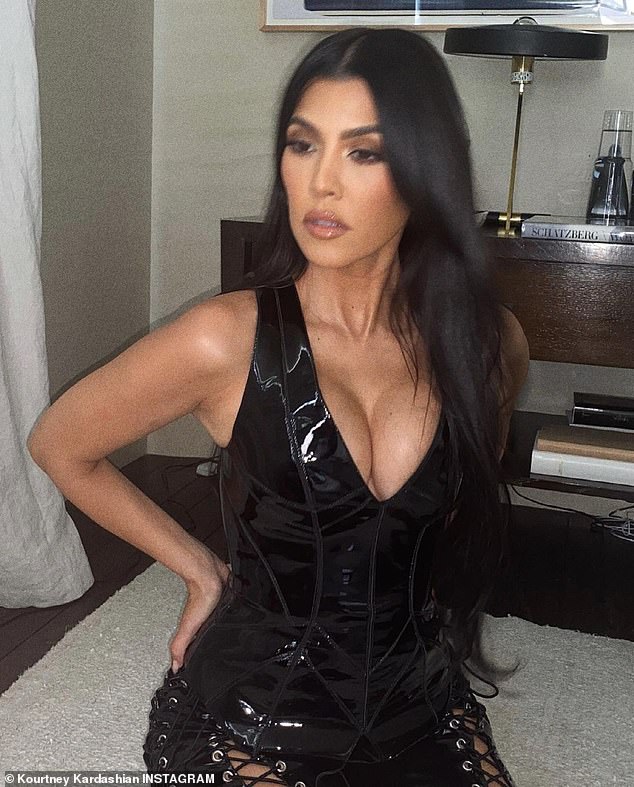 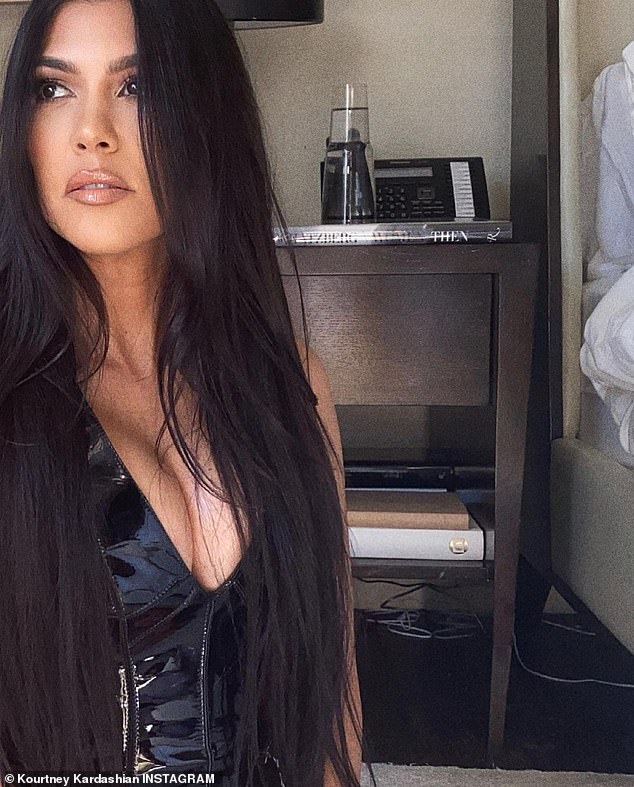 In recent weeks Kourtney has continued to ramp up her newly edgy style, debuting diamond crusted covers for her canine teeth. She has also leaned into a love of skulls, and was gifted a diamond skull anklet and a skull-shaped display of flowers from half-sister Kylie Jenner on her birthday. And she has not been shy about nodding to she and Barker"s booming sex life, teasing tips for orgasms, optimal vaginal health, and even a Poosh post about bedroom kinks and "enjoying wild sex." It was previously reported that the Kardashian family had "never seen her like this before," with regards to her PDA-packed displays with Barker. 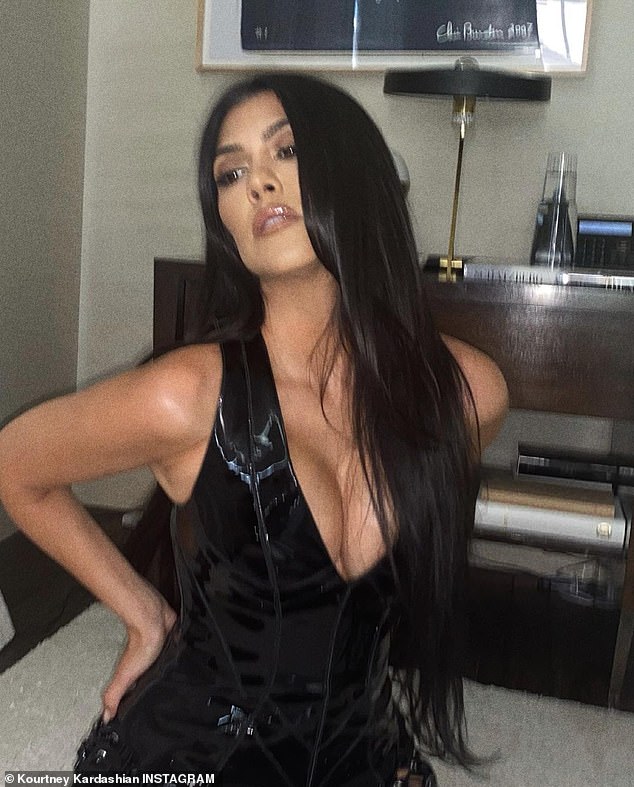 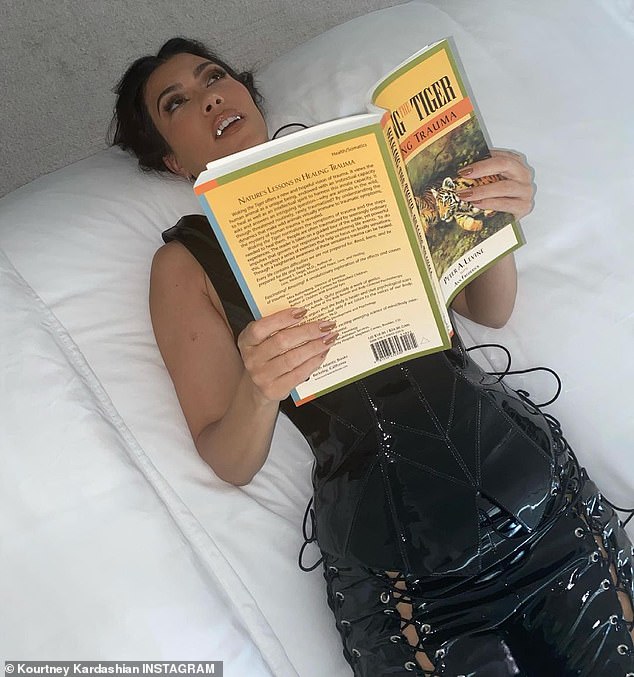 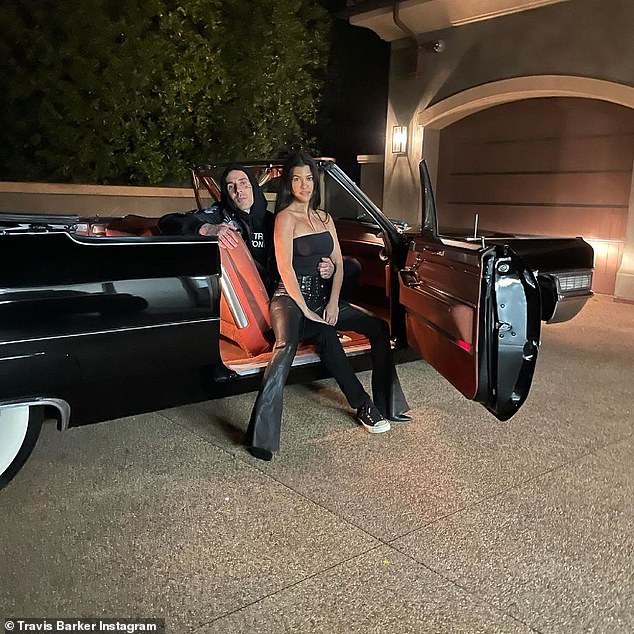 But in a radio interview with Ryan Seacrest mom Kris Jenner gushed over the relationship, saying: "it"s the best," and the drummer had called Kourtney "the love of my life." It had also been reported that an engagement could happen any day now for the longtime friends turned lovers. "An engagement could be right around the corner for Kourtney and Travis," a source told Us Weekly. The mother of three also received a seemingly begrudged "blessing" from former partner Scott Disick â with whom she shares three kids Mason, 11, Penelope, eight, and Reign, six. After joking that he wanted to "kill" any man that came close to Kourtney on part two of the Keeping Up With The Kardashians reunion, the Talentless designer said that he wanted her to "be happy." "I think if you really love somebody, you want them to be happy no matter what," he told host Andy Cohen. "So I do give her a blessing to be happy." 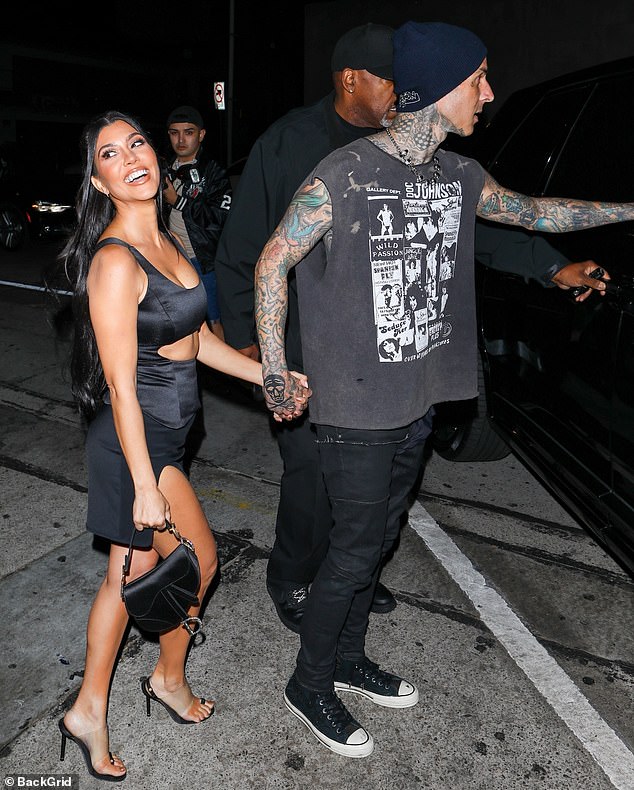 Did Kourtney Kardashian and Travis Barker get married?