KhloÃ© Kardashian has admitted that she didn"t really know what she was getting into, ahead of filming Keeping Up With The Kardashians.

And that her "Momager," Kris Jenner, wasn"t exactly forthcoming about the show"s nitty gritty details.

One such detail that Kris apparently neglected to tell KhloÃ©, was that the filming would take place pretty much everywhere. Not just in KhloÃ© and Kourtney Kardashian"s Dash boutiques, which at the time had three stores in the US, but in their actual homes.

Appearing on her besties" YouTube channel Side by Side with Malika & Khadijah, KhloÃ© spoke candidly about how she and Kourtney were slightly "misled" by Kris ahead of the filming of their hit show. She explained, "Me and Kourt both were like, "We just want to film at our stores." My mom sort of misled us a little bit.

"[Kris] was like, "Yeah, we"re just going to film at the stores. It"s all you have to do."And we did it but we didn"t really know what we were getting into." 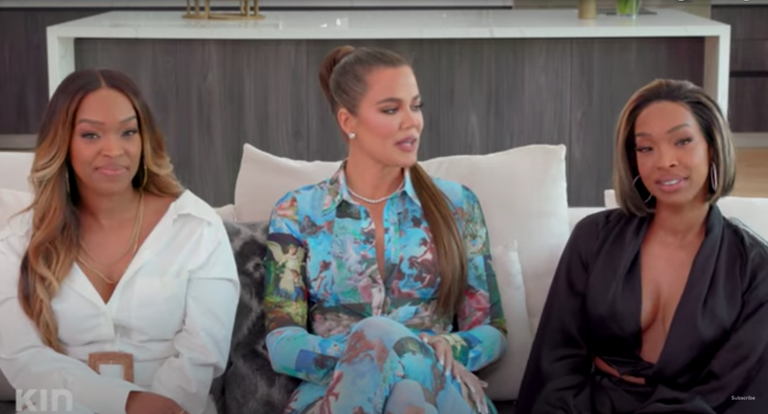 KhloÃ© also explained that KUWTK "snowballed into something else," adding that, "In the beginning, I don"t think any of us knew what we were doing."

Malika and Khadija also shared their experience of joining KUWTK, with Malika saying, "I remember one time I was in Dash, this is when I was working there, and your mom was like, "We"re doing a show, everybody look alive, sign that right there, let"s go"."

Khloe responded, saying, "That sounds like [Kris]!" And yep, we have to agree with her on that one.

This comes after KhloÃ© apparently called out ex-boyfriend Tristan Thompson and ex-husband Lamar Odom for leaving "childish" comments on one of her latest Instagram posts.

After Lamar commented, "Hottie????????????????," on one of Khloe"s bikini pics, Tristan responded with, "God brought you back the first time. Play if you want, different results."